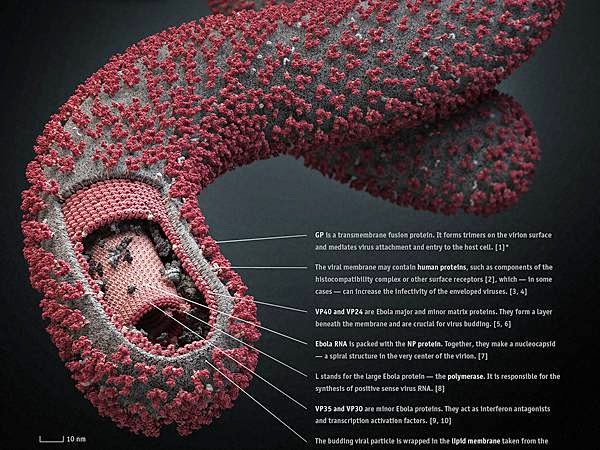 •DEADLY EBOLA DISEASES REACHES GUINEA AND KILLS ONE IN GHANA.
• Deadly Ebola virus reaches guinea capital Conakry
•An outbreak of the Ebola virus which has already killed 59 people has reached the capital of guinea. the UN children's agency has warned that it spreads by close contact with an infected person. symptoms include internal and external bleeding, diarrhea and vomiting. it has also killed 31 people in Congo and could threaten major towns so the World Health Organization has warned people to take note that the disease is very contagious. The Ebola virus has recently killed one person here in Ghana. A 12 year old girl was declared dead at the Okomfor Anokye Teaching Hospital in Kumasi and after a post mortem was conducted on the body the doctor detected that the child had contracted the virus. they then advised the general public no to panic but be alert and report causes similar to the girls'  immediately to the hospital. Also what how she contracted it he said was still under investigation.
Posted by 360Ghana at 12:36